Editor’s Note: This is the second piece in a two-part series on dating red flags. You can read 10 Men Christian Women Should Never Marry here.

Often in the quest towards marriage and finding “the one,” something happens. It’s easy to overlook things that may not seem that big of a deal while dating, but these things could be destructive patterns once married. But love doesn’t have to be blind. There’s no reason to settle for unhealthy or harmful relationships, simply to pursue being married.

We all have sin issues that we deal with on a daily basis. We’ve all made mistakes that we often wish we could do-over. We all need the grace and freedom that only Christ Himself can offer. But our marriages are healthier when we recognize red flags in our dating relationships, instead of choosing not to see problems at all.

God cares about the decisions we make. He cares about who we marry. And we can trust He will give guidance, and help us see some red flags to be aware of along the way. 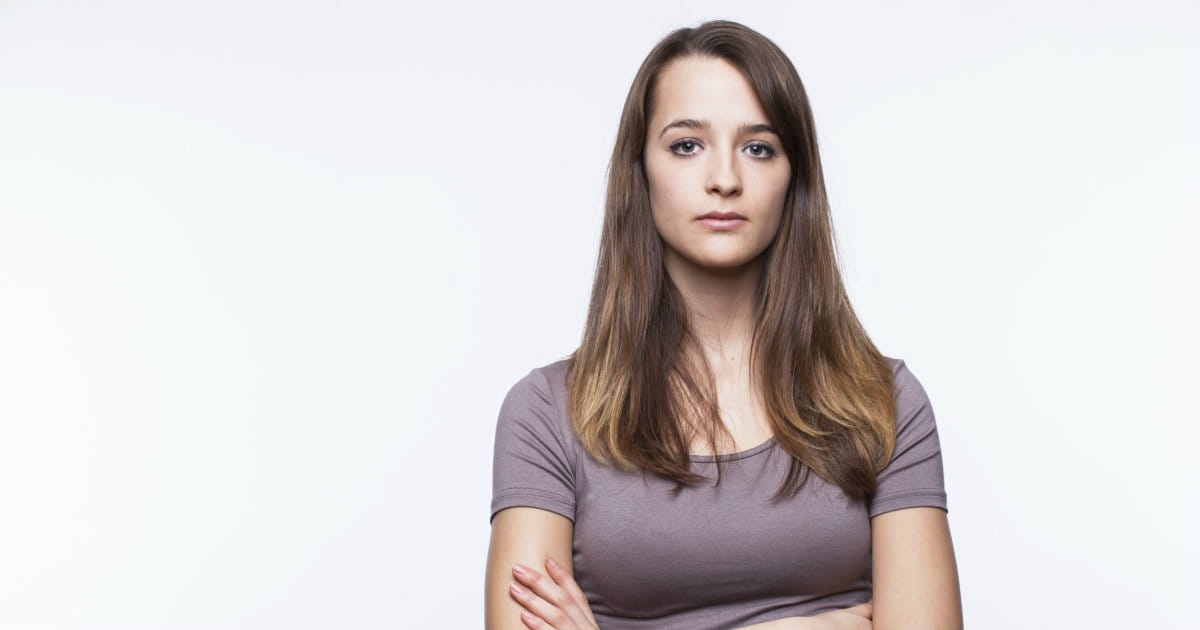 Be careful not to settle for less than what God would want for the spiritual health and care of your marriage. Marriage can be tough enough at times, add to that the pressure of opposing spiritual views, and you may be in big trouble when the normal stressors of life occur. If you hold vastly different beliefs now, don’t falsely assume you’ll get her to “turn around,” or change her ways later. It may happen, but it may not.

“Do not be unequally yoked with unbelievers. For what partnership has righteousness with lawlessness? Or what fellowship has light with darkness?” 2 Cor. 6:14 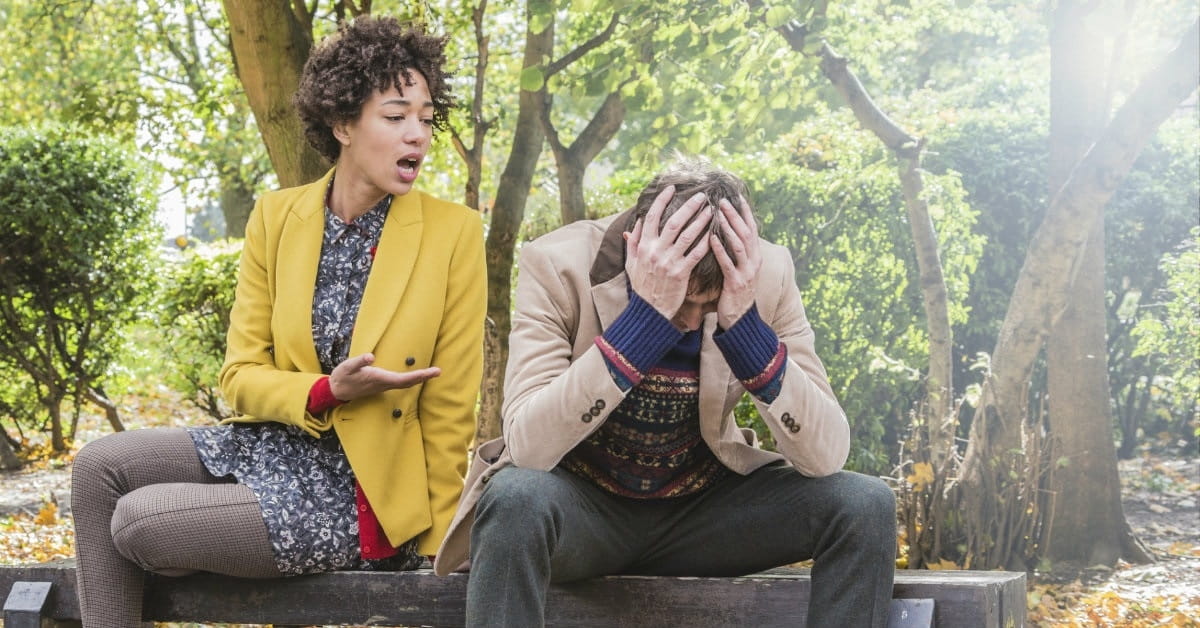 Many times “abusers” are assumed to be men, but women struggle with this same trap too, and the man in her life may feel like it’s difficult to talk about the problem or find help. Men can often become the invisible victims of relationship abuse and find themselves dealing with deep levels of shame, guilt, and inadequacy.

Ps. 11:5 says, “The Lord examines the righteous, but the wicked and those who love violence, he hates.” This verse reminds us of how God feels about the heart which instigates violence. No one deserves to be abused. Ever. Move quickly away from the one who brings you physical, verbal, or deep emotional harm. You are not their saving grace. That is God’s work. Marriage must be built on deep love and respect, and abuse of any type has no place there. 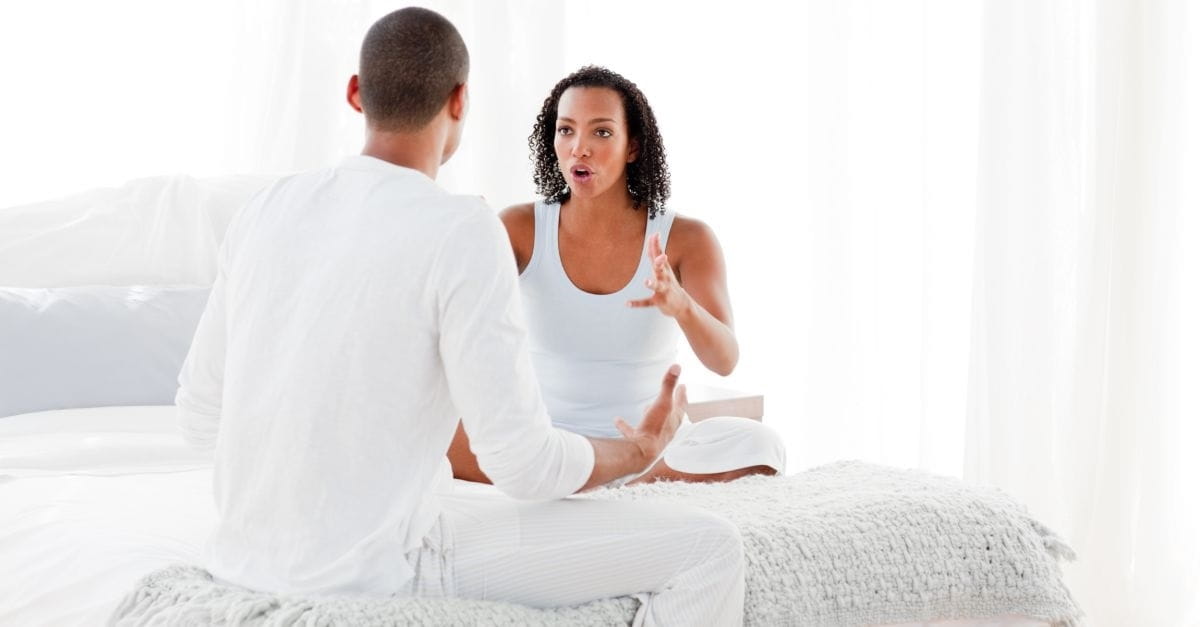 This person’s subtle, dangerous behavior can indicate big trouble ahead. What might be disguised as “I just care about you,” can really be a need for constant control or a heart of jealousy. She may dominate and strive to make decisions for you, especially in regards to whom you spend your time with. She might check up on you frequently, keep close tabs, or falsely accuse you of cheating on her. The one driven by control needs will have continual issues with whether she can “trust you.” Often, under her grasp, you may start to feel like you can hardly breathe. It’s suffocating. It’s supposed to be, that’s how you’re held tightly.

James 3:16 says, “For where jealousy and selfish ambition exist, there will be disorder and every vile practice.” And that is no place to start a marriage. 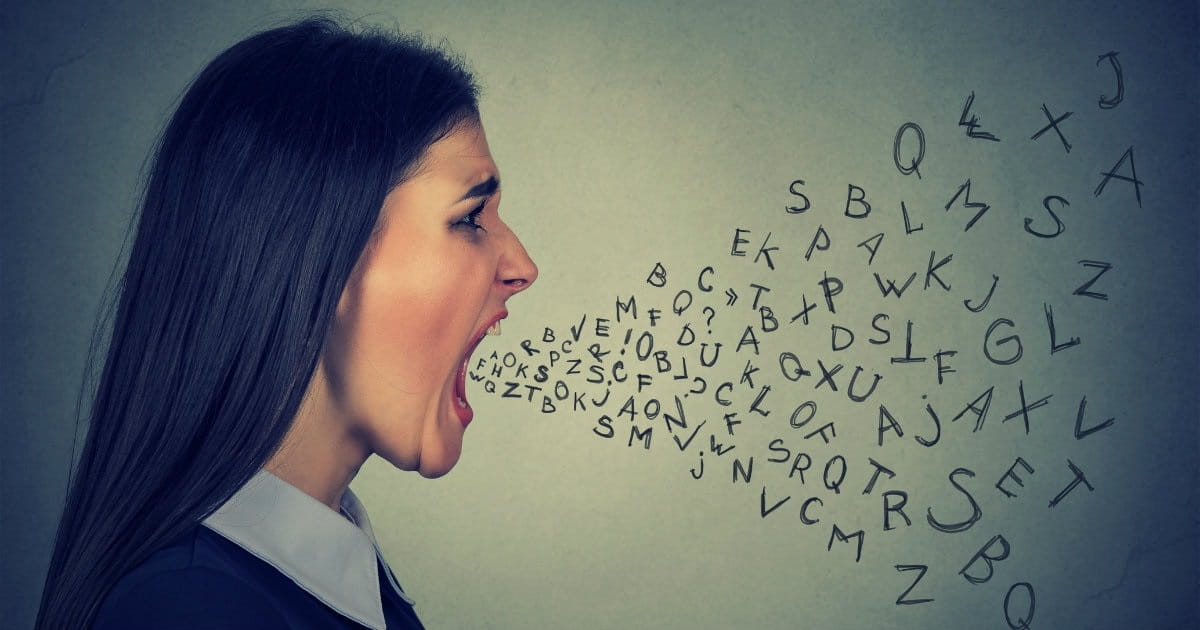 If your partner can’t control her temper before you’re married, she most certainly won’t after you’re married. In most cases, her behavior will worsen. No matter what our personality type, it still doesn’t give us room to plow over anyone in our pathway with cruel words and rants. Take time to see how she responds in different scenarios, especially when under pressure.

Proverbs 25:24, “It is better to live in a corner of the roof than in a house shared with a contentious woman.” This is more than, “I’m just having a bad day.” An angry, quarrelsome disposition has a pattern of negativity, harsh words, and flaring tempers. The key is – does she realize it’s an area of weakness that she desires for God to change? If the answer is “no,” steer clear. 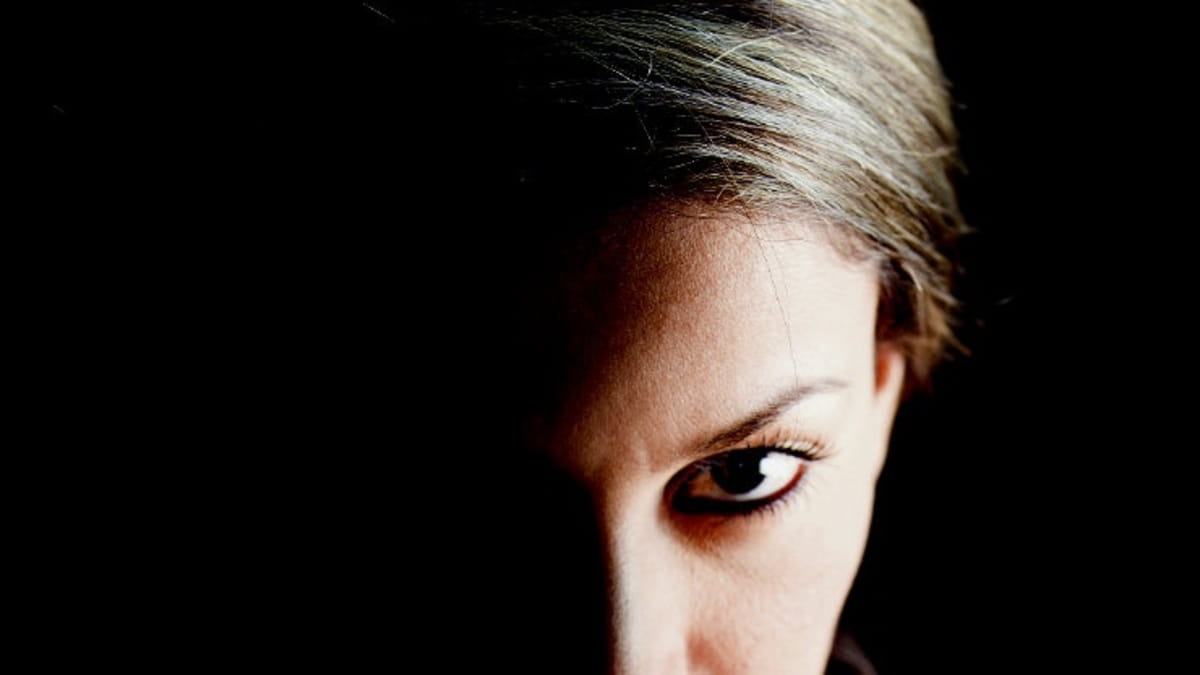 Behaviors established before marriage are not going to magically go away once you say, “I do.” Sexual sin can be a deep trap of the enemy and once ensnared in these destructive patterns, they are difficult to break. Yet the pain or mistakes of the past should hold no control over our present and future. God redeems, sets free, and desires to make us new.

Make the choice together to live by His standards in your relationship. The lies of the world say that sex before marriage is normal, no big deal. Yet it’s a huge deal. Don’t fall for the enemy’s lie. The heart of Christ seeks the best for the one they love, desiring to build up, protect, and encourage healthy, safe patterns.

In the story of Joseph in Genesis 39, we see Potiphar’s wife pursuing him with sexual advances day after day. It was relentless. But he did not fall. The Bible says, “he fled.” Wise man. 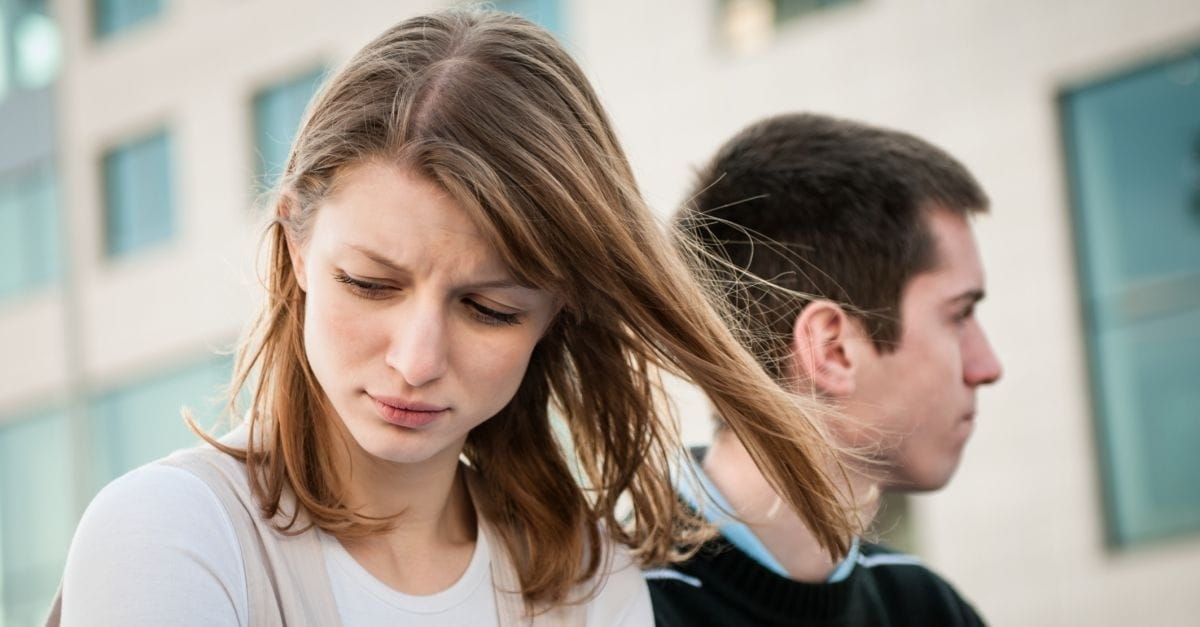 Every marriage must be built on trust. Without this as a firm foundation, you’re in for trouble from the beginning. So what about those “little white lies” you started noticing along the way? In reality, there’s no such thing as little white lies. Any lie is meant to hide, deceive, or manipulate truth. There is no room for dishonesty in a healthy, loving relationship. It’s a dangerous trap and you will always be left wondering what she’s hiding.

In Judges 16, we read the story of Delilah, who plotted and tricked the strong man Samson, ultimately deceiving him. He was foolishly lured by her entices and fell into deep destruction because of it. Left to our own thoughts, we, like Samson, may miss the signal that there’s trouble ahead. 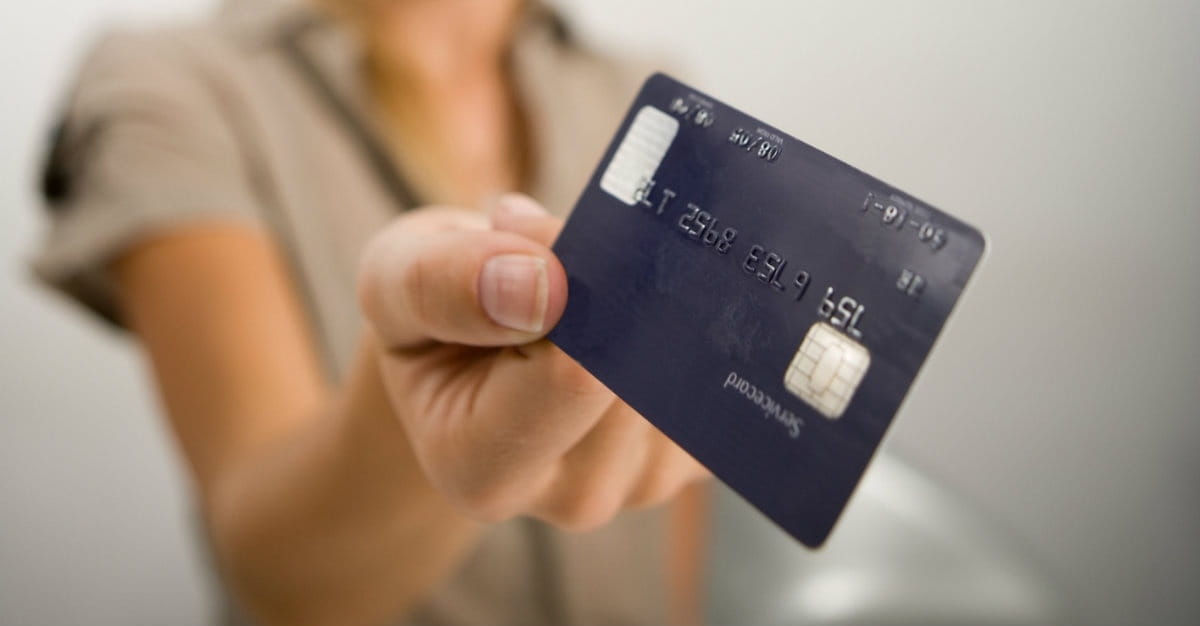 This person needs freedom that can only come by admitting there’s a problem, seeking professional help and leaning on the strength that God can bring. Addiction to alcohol, drugs, pornography, or destructive habits will lead to deep troubles ahead. And though your relationship may seem to challenge her in the right direction, don’t be fooled that she’ll so quickly “give it all up for you,” without the aid and accountability of professional help. 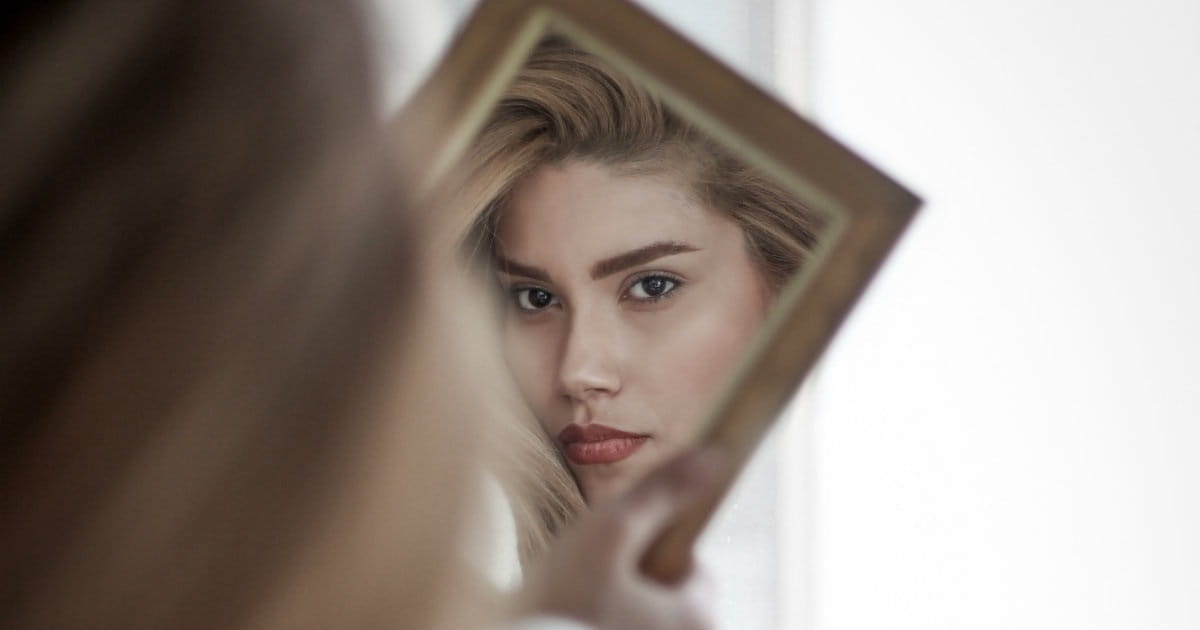 No matter how beautiful, talented, and charming she may seem, marriage is built on the word “together.” If the relationship before marriage seems to constantly be all about her, you may be in for some struggle ahead. The “Diva” generally refers to one who demands the center of attention and focus at the expense of others’ feelings. Humility, compassion, love, and respect are much more admirable characteristics than simply the externals. “Charm is deceitful, and beauty is vain, but a woman who fears the Lord is to be praised” Prov. 31:30. 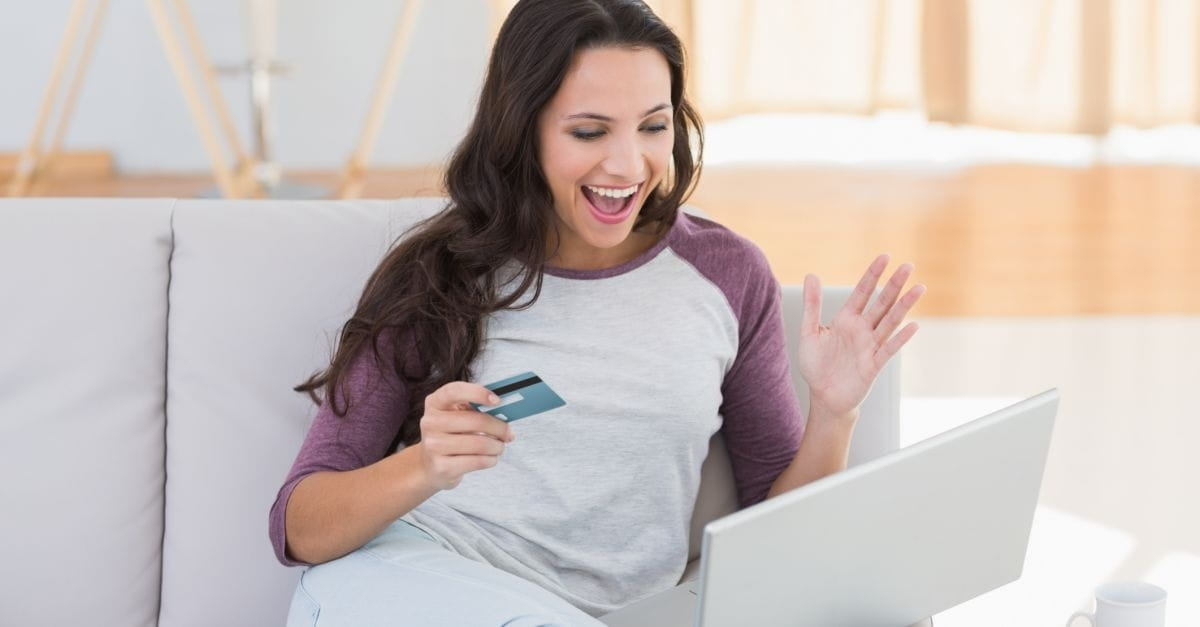 Secretive spending habits? More interested in your bank account or what you can buy her, than in you? Once married, these patterns can worsen when the stressors of family life and responsibilities mount high. Money problems and financial struggles are one of the main causes of divorce. Look for the red flags and decide up front if the two of you can agree on the big issues. “For the love of money is a root of all kinds of evil. Some people, eager for money, have wandered from the faith and pierced themselves with many griefs” 1 Tim. 6:10. 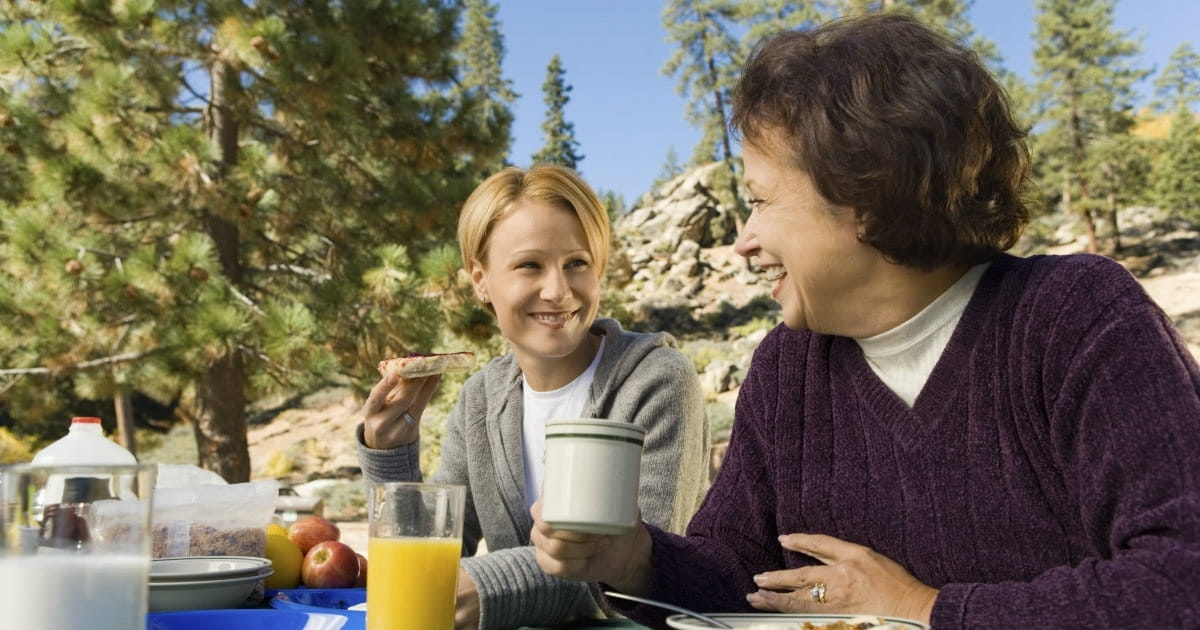 It’s difficult to live a future of becoming one flesh when either partner is still joined too tightly to their parents. Nothing wrong with having close, healthy relationships with our parents throughout life, until you allow it to consume your decision making or control your marriage. Parents are meant to offer protection to children, even adult children. But upon marriage, the spouse should be given that primary place of leadership and care, under God’s authority. Talk about healthy boundaries before you marry, don’t dismiss it as “no big deal.” You may find out later how big a deal it was. “For this reason a man shall leave his father and his mother, and be joined to his wife; and they shall become one flesh.” Gen. 2:24 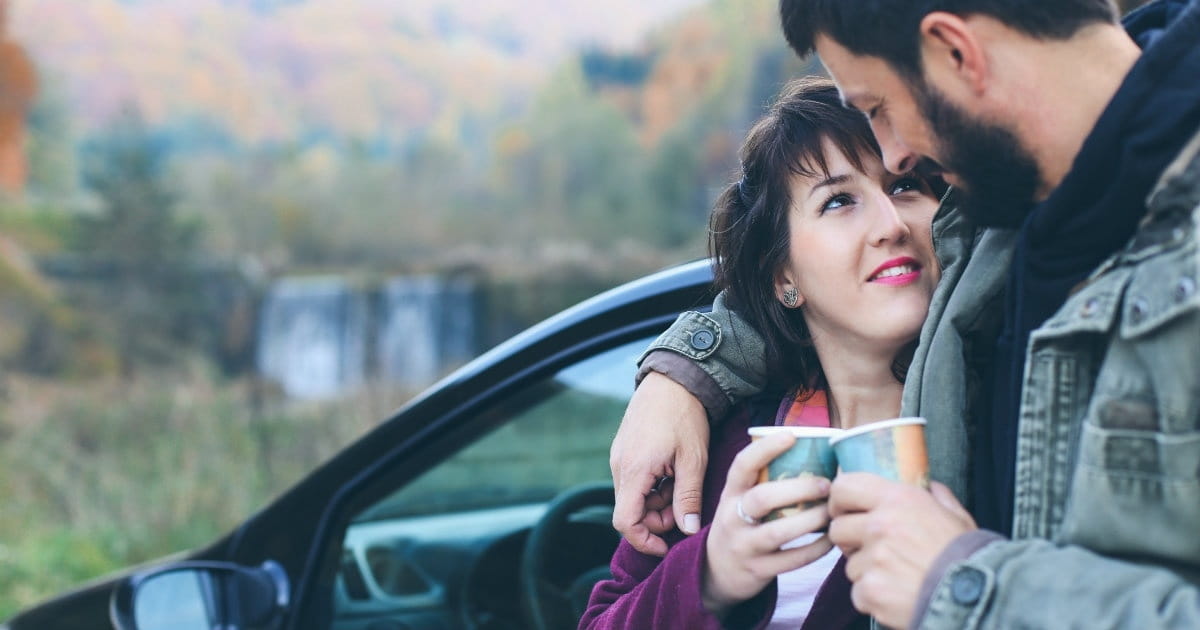 What Should You Look For?

The healthiest marriages are not made up of two seemingly “perfect” people, but two forgiven people who have the capacity, by the grace of God, to keep offering forgiveness to one another.

God’s Word gives guidance for marriage and offers plenty of examples for wise living. It really comes down to a choice. What do we believe about what He says, and will we look to Him for wisdom in relationships and in how we live our lives?

There’s a battle over marriages today, and the enemy would love nothing more than to destroy yours before it’s hardly even begun, or to entice you into a harmful one. Don’t let Him win. Search God’s Word for what He has to say. His are the words that matter most.

Debbie McDaniel is a writer, pastor's wife, mom to three amazing kids (and a lot of pets). Join her each morning on Fresh Day Ahead's Facebook page.

This content first appeared on iBelieve.com and is used here with permission. To view the original visit: https://www.ibelieve.com/slideshows/10-types-of-women-christian-men-should-never-marry.html