You were blameless in your ways from the day you were created till wickedness was found in you. Through your widespread trade you were filled with violence, and you sinned. So I drove you in disgrace from the mount of God, and I expelled you, guardian cherub, from among the fiery stones. Your heart became proud on account of your beauty, and you corrupted your wisdom because of your splendor. So I threw you to the earth; I made a spectacle of you before kings. By your many sins and dishonest trade you have desecrated your sanctuaries. So I made a fire come out from you, and it consumed you, and I reduced you to ashes on the ground in the sight of all who were watching. – Ezekiel 28:15-18

The devil. He is the personification of evil and goes by many names—Satan, Lucifer, the Prince of Demons, the Father of Lies. He has been a part of horror story lore for so long that many people think he’s a fictional character, made up to scare children and movie audiences worldwide.

In reality, the devil has a story that predates humanity’s creation, and it may surprise many to learn that, before his banishment from heaven, his story had angelic beginnings.

The Bible doesn’t give us an exact timeline of Satan’s origin. Rather, what we know of Satan’s beginnings comes from passages written by the prophets Ezekiel and Isaiah, which passages Bible scholars believe detail the devil’s fall from heaven (Ezekiel 28; Isaiah 14).

The prophets tell us that Satan was an angel known as the “morning star,” translated as Lucifer (Ezekiel 28:14; Isaiah 14:12). As an angel, Lucifer walked on God’s holy mountain and was anointed to serve God as a member of the guardian cherubim, among the highest rank of angels in God’s holy host second only to the seraphim (Ezekiel 28:14). That Lucifer was ordained a cherub was no small honor.

In heaven, the cherubim hold such a position of celestial prominence that God Himself sits “enthroned between the cherubim” (Isaiah 37:16). 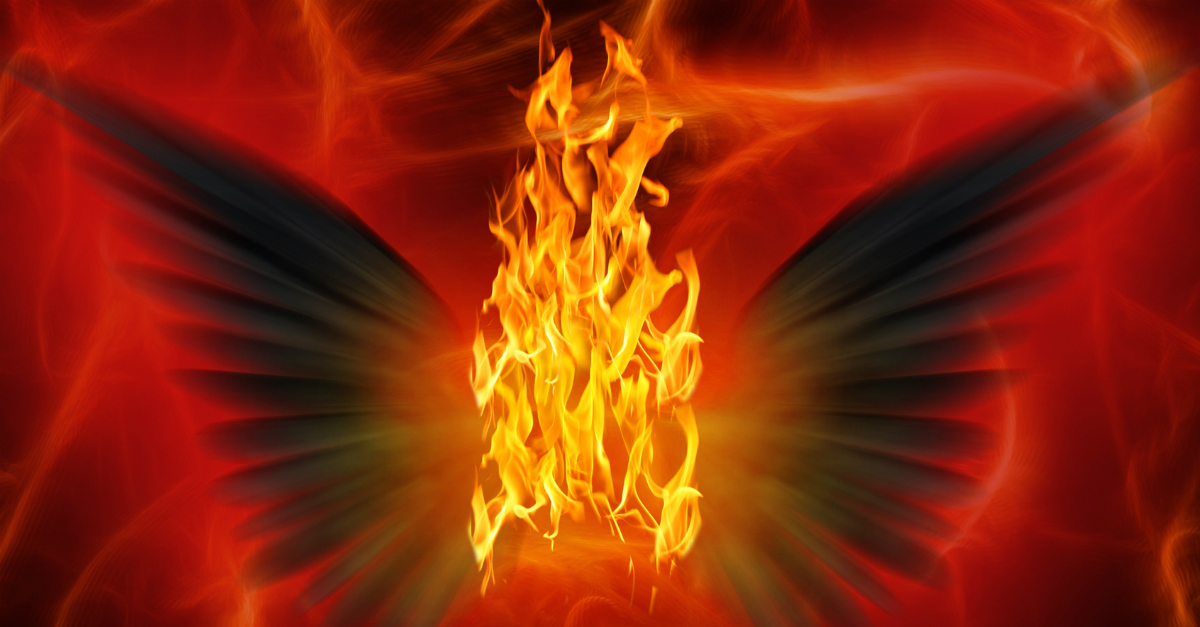 Lucifer’s Pride Led God to Cast Him Out of Heaven

As a creation of God, we know that Lucifer was created good (Genesis 1:31; Ezekiel 28:13). In fact, Scripture asserts that Lucifer started out as “blameless” in all his ways, and as the model of perfection, full of wisdom and perfect in beauty (Ezekiel 28:12-15). Further, God’s ordination of Lucifer as a cherub demonstrates that God trusted Lucifer enough to give him a position of power among the heavenly angels (Ezekiel 28:14).

However, Lucifer wasn’t satisfied with the power and gifts God gave him. Instead, Lucifer wanted more.

Lucifer became so consumed with pride over his God-given splendor that he became corrupt and violent, no longer willing to serve under God (Ezekiel 28:15-17; Isaiah 14:13-14). This sense of superiority led Lucifer to use his free will to scheme to be greater than God, and to assemble an army of angels to help him carry out that plot (Ezekiel 28:17; Isaiah 14:13-14; Revelation 12:3-4, Revelation 12:9).

Thus, Satan’s sin was one of pride in rebelling against God and attempting to take from God the praise and glory reserved only for the Lord Almighty. Pride tops the list of sins that God hates (Proverbs 6:16-7). The pride that the Bible condemns doesn’t refer to feelings of accomplishment over a job well done. Rather, pride in the Biblical sense refers to being so obsessed with yourself that your mind never turns to God and your heart never seeks Him (Psalm 10:4).

As punishment for his disobedience and the grave dishonoring of his angelic post, God cast Lucifer out of heaven by hurling him and his army of fallen angels to Earth (Isaiah 14:15; Ezekiel 28:16-18; Revelation 12:9) and condemning them ultimately to hell (Matthew 25:41).

Jesus confirms the devil’s fall from grace and likened it to lightning from heaven (Luke 10:18), and the Apostle Peter alluded to the devil’s fall when he warned that God did not spare even the angels when they sinned but cast them into hell (2 Peter 2:4).

Once Lucifer was thrown out of heaven, he realized that he didn’t have the power to directly take God’s throne from Him. Instead, Lucifer set his sights on overpowering God in another way—by tempting God’s children to abandon Him. At this point, the “morning star” known as Lucifer became humankind’s adversary and accuser, known as Satan. 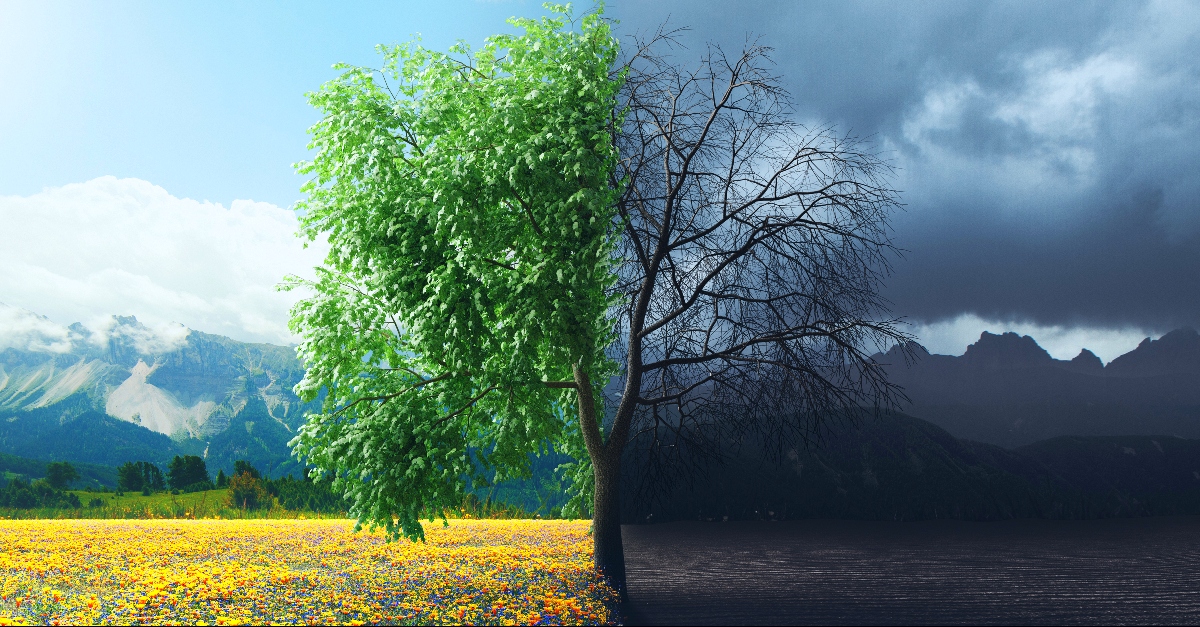 Lucifer Became Satan the Accuser, Who Tempts Humanity to Sin

Satan has been using his wisdom and wile to rob humanity of eternal salvation since his own fall from grace. In fact, Satan ushered in humanity’s first sin by tempting Adam and Eve with much the same desire that caused his own fall—the sinful desire to be like God (Isaiah 14:13-14; Genesis 3:1-5).

Importantly, Satan’s first temptation of mankind succeeded not only in straining humanity’s relationship with God, but also in causing our first parents to turn against each other when Adam blamed Eve for giving him the forbidden fruit to eat (Genesis 3:12). This shows how easily temptation and sin can lead to conflict and division, furthering Satan’s goal of creating chaos among God’s children.

Compounding Satan’s power is the fact that he isn’t working alone. The army of angels that Satan assembled in his insurrection against God—one-third of the angels—now serve as demons doing Satan’s bidding (Revelation 12:4-9). Demons are no less dangerous than Satan, as Scripture describes them as spiritual forces of evil (Ephesians 6:12) who can deceive, torment, and cause believers to do evil themselves (2 Corinthians 11:13-14; 2 Corinthians 12:7; Luke 22:3-4).

What Can We Learn From Satan’s Fall?

As believers, we know that Satan and his demons will ultimately be defeated and cast into the lake of fire for all eternity (Matthew 25:41). However, until the end times, Satan remains a powerful spiritual being whose sole aim is to deceive us into severing our relationship with God and with each other (John 8:44; Revelation 12:10).

It is by severing our relationship with God and with our brothers and sisters that Satan seeks to steal our peace and ultimately destroy our lives (John 10:10). It’s no wonder that in describing the devil’s attempts to unravel God’s Kingdom, the Apostle Peter depicts Satan as a “roaring lion” that “prowls around…looking for someone to devour” (1 Peter 5:8).

One way that the devil devours our relationship with God and with one another is by tricking us into believing that what is right and wrong is relative.

Satan wants nothing more than for each of us to act as our own individual gods, casting stones at each other based on our own moral code and denying the authority and commandments of the only God of the Universe. To avoid falling into Satan’s traps, we need look no further than the cause of Satan’s expulsion from paradise: pride.

Satan’s pride was the first sin committed in the universe, and humanity has been on notice ever since that pride goeth before the fall (Proverbs 16:18; 1 Timothy 3:6). Arguably, all sins are rooted in pride if we consider that sin is the placing of our own desires above the will of God.

Thus, the faithful can keep from becoming ensnared in pride and in all of the other sins that stem from pride by living by the Word of God.

The Word instructs us to love God and one another (Matthew 22:34-40), to make every effort to live in peace with everyone (Hebrews 12:14), and to pray for our enemies (Matthew 5:44). By doing what we can to reflect love, peace, and humility in our actions, we can resist Satan by keeping pride at bay and submitting to the will of God, who promises to oppose the proud and lift up the humble (James 4:6-10).

Was Satan Really an Angel?

7 Signs Satan Is Messing with Your Mindset

How Satan Is Using Cancel Culture to Deceive

8 Facts about Satan You Need to Know

7 Burning Questions about the Lake of Fire Answered

Dolores Smyth is a nationally published faith and parenting writer. She draws inspiration for her writing from everyday life. Connect with her @LolaWordSmyth.

This content first appeared on Crosswalk.com and is used here with permission. To view the original visit: https://www.crosswalk.com/faith/bible-study/why-was-satan-banished-in-the-bible.html

Does Christmas thrill you? Why or why not?