One family, one million lives transformed

So be truly glad. There is wonderful joy ahead, even though you must endure many trials for a little while. These trials will show that your faith is genuine. It is being tested as fire tests and purifies gold—though your faith is far more precious than mere gold. So when your faith remains strong through many trials, it will bring you much praise and glory and honor on the day when Jesus Christ is revealed to the whole world. - 1 Peter 1:6-7

Amongst the hustle and bustle of the busy cruise ship terminal, I found myself in the back of a congested shuttle bus filled with several groups of people all trying to make it to the airport on time for their flights home. My eyes began to gaze outside at the quickly passing cars, guardrails, and buildings. Rounding a quick curve, I looked down to see a very sad looking traffic cone. This traffic cone, once bright orange and standing upright in stature, had been beat up. It was dirty, dusty, deflated. It was flattened to the ground and it was obvious that someone had run it over. Honestly, from the looks of it, more than just one person had run over this once vibrant and purposeful object. It was limp and lifeless, no longer capable of fulfilling its purpose. 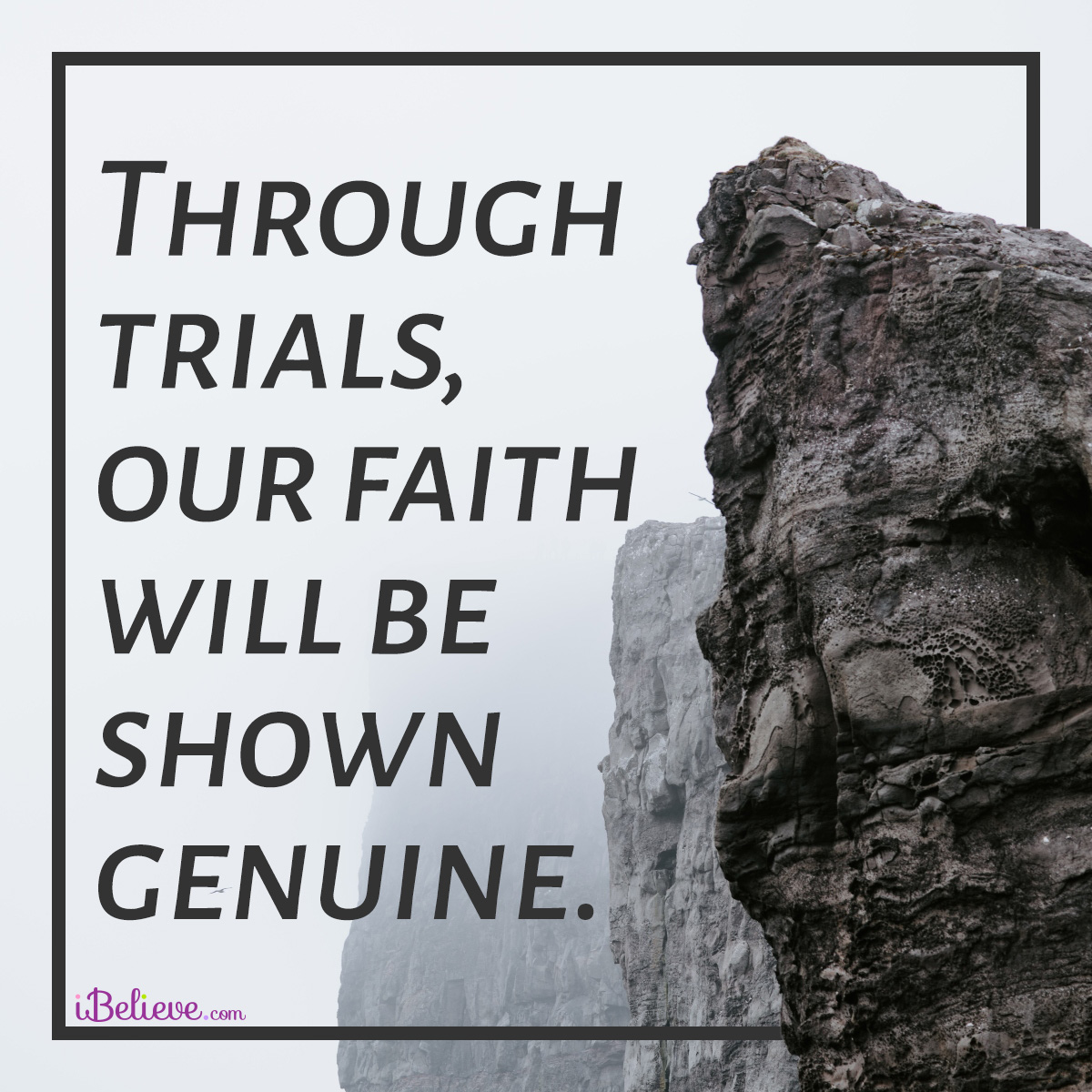 While I am assuming that the destruction of this traffic cone was accidental, it nonetheless destroyed the potential that was once held within. When the traffic cone was bright orange and highly visible, standing tall, it could easily fulfill its important job of directing traffic. The traffic cone prohibits people from driving where they shouldn’t. It keeps both the driver and the construction workers that may be on road making improvements, safe from harm. This simple orange cone is capable of directing traffic and protecting people, when in good condition. But squished flat, with barely any visible color left to be seen between all the dirt, this cone is rendered completely ineffective.

My mind began to wonder… am I like this traffic cone? I was immediately met with “oh Lord, I hope not, that thing is filthy.” But upon further evaluation, there have been times in my life that I am not much different than that dirty, dusty, deflated cone that has been beat up and rendered useless. Life is hard. You know that just as well as I do. We all have been knocked down by something…or someone, unfortunately. Whether the person who knocked me down did so intentionally or not, is really not what is important. The intent behind their actions doesn’t change the effect that those actions have on me.

The verse above says that through trials our faith will be shown genuine. That traffic cone stayed in its place even though it’s purpose could not be fulfilled in that moment. This is more likely due to the fact that it’s a traffic cone and not a person with a brain and the ability to stand, but you get my point. The cone will stay there until someone lifts it up and returns its honor and glory by cleaning it up and allowing it to stand tall once again.

The truth of the matter is… I am that traffic cone. I’d like to think I hide my trials a bit better than it does, as I don’t often lay in the middle of the road covered in dirt and dust. However, when my trials get me down and I am unable to fulfill His purpose on my life, I may as well lay in the middle of the road covered in grime. The key is to not lose faith. When life gets hard (and it will), our faith is tested. No one said that the traffic cone didn’t have faith that one day its glory would be restored, it was remaining flat but faithful until that day came. We too must endure many hardships and trials yet remain faithful that He will restore us in our time. Our trials do not dictate the love our Father. However, our faithfulness will dictate our praise and glory and honor on the day that Jesus returns for us or calls us home.

My question to you is this: what has left you dirty, dusty, deflated? How do ensure your faith remains strong through the trials you are suffering?

Lindsay Tedder is a believer, wife, mom, bestie and writer who lives in Columbus, Ohio with her bearded, bourbon-loving husband and her too-cool-for-school toddler. She is full of raw honesty, enthusiastic authenticity, amiable compassion, humble grit, powerful passion…and outrageous laughter, double chins, real life, and frothy nectar-of-the-gods coffee…because…coffee. Raised by a hardworking single mom, she overcame such trauma as sexual abuse induced food addiction, the debilitating health issues associated with endometriosis, a decade of infertility, and recurring life themes of worthlessness. Connect with her at www.LindsayTedder.com.

Listen to Our FREE New Parenting Podcast! Christian Parent/Crazy World with Catherine Segars is now available on LifeAudio.com. You can listen to the first episode below: