Let’s talk about the five-hundred-pound elephant in the room: should women be leading in the church?

This is one of those debates you’ll have people boldly wrestle with; those who want to pin women to a certain role, and those who celebrate having them at the table. For those who desire to keep the glass ceiling intact, I understand where you are coming from.

There are some verses in the Bible that at first glance, seem to restrict a women’s role in the church. And there was a time, before I studied the Scriptures (and when I took what some people said at face value), that I assumed the same.

However, if you dig a little deeper, there’s more to the story.

Women Leaders in the Old Testament

Was the Old Testament predominantly patriarchal? Yes, very much. But that doesn’t mean God didn’t still use women in significant ways that defied cultural norms.

Miriam was a prophet and led a nation in worship (Exodus 15:20).

Deborah was chosen by God to lead as a prophet, judge, and even led the men into battle (Judges 4-5). She wasn’t just a woman passing out advice, but a strong, wise, and obedient follower of God...and, notably, both a prophet and a judge.

What’s interesting is that only one other person in the Old Testament was both a prophet and a judge: Samuel.

Esther saved a nation through her bravery—a leader, indeed—and Huldah was a prophet in the time of King Josiah (2 Chronicles 34).

Furthermore, women didn’t need a man to have a relationship with God or to hear from Him. God spoke directly to them because He saw their value and worth. It was often their willingness that touched His heart.

Women Leaders in the New Testament

Jumping to the ministry of Jesus and the early Church, women were powerful tools in God’s hands.

He proclaimed to Martha, “I am the resurrection and the life” (John 11:25). In John 4, Jesus spoke with a Samaritan woman at the well and it wasn’t any ordinary conversation. By speaking with her, Jesus was breaking through societal expectations and shattering misconceptions. Even the disciples were amazed he spoke with her.

And it was this woman he chose to take the Gospel to her village—a female evangelist to a people often rejected by the Jews.

It was also women who were present at the birth of the Savior, at the cross when he died, and first to see him after the resurrection. While the men often scattered, it was the women who stayed close to Jesus and it was this commitment that offered them the opportunity to be part of history.

Those that Jesus used while on earth are just the beginning of women playing a significant role in Christianity. There are women church leaders throughout the New Testament.

Phoebe was mentioned by Paul in Romans 16:1 to be a servant or “deaconess” who taught in the Cenchreae church.

Junia was considered outstanding by Paul and was among the circle of the apostles (Romans 16:7).

Paul stated in Romans 16 that there were 4 women who “worked very hard” and that phrase was often used by Paul to refer to ministry work.

Priscilla was a church planter (Romans 16:5) and someone highly regarded by Paul.

Tabitha led a benevolence ministry (Acts 9:36) and Philip’s four daughters were all identified as prophets (Acts 21:8,9).

These incredible women who served as ministry leaders in the early Church should be normalized and not made exceptions.

Exploring further New Testament text, there are other cases made for women in ministry leadership positions. In Acts 2, the giftings of the Spirit are poured out on men and women; there is no delineation of gifts to gender.

To God, it’s not so much about the gender or outward appearance but rather the heart. God can and will use anyone He chooses regardless of what man expects of their place or value. 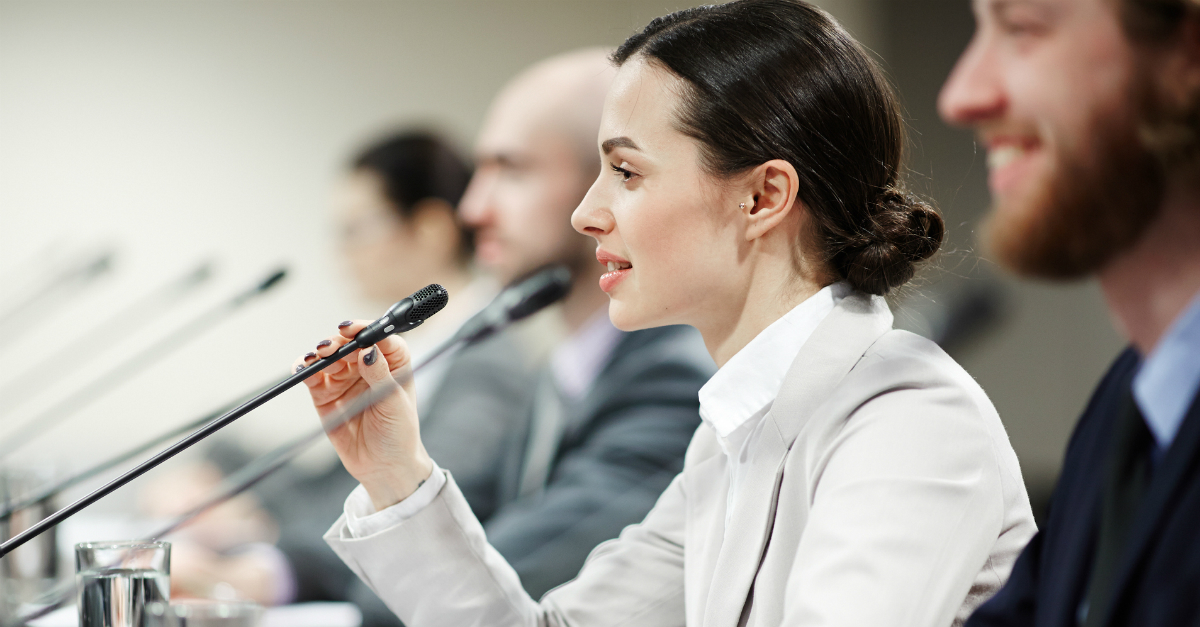 Context for the Two Most Commonly Misused Verses

There are two verses in the New Testament often referenced when addressing the topic of women in leadership. These verses are used in the case against, and at first glance, it makes sense why they are used. But digging into context, there’s more to the story.

1. The Misused Verse in 1 Corinthians

1 Corinthians 14:34-35
The women should keep silent in the churches. For they are not permitted to speak, but should be in submission, as the Law also says. If there is anything they desire to learn, let them ask their husbands at home. For it is shameful for a woman to speak in church.

People will read this and use it as a case for women to be silent in the church. But in context, Paul wasn’t just instructing women to be silent; he was also calling for those who speak in tongues and those who prophesy to do so in an orderly fashion. We know those gifts aren’t wrong but rather what Paul was doing in this passage was giving instruction to orderly conduct within the assembly.

In context, there were some women who were being disrespectful within the church and asking questions that disrupted the orderly worship. So what Paul is actually calling out is the lack of order and not women speaking in church. We know he was an advocate for such roles because 1) Paul had already established the giftings of ministry roles to both genders in 1 Corinthians 12 (see above) and 1 Corinthians14:3-5, and 2) in 1 Corinthians 11:5 we see Paul mention women as participants in prayer and prophesy in the assembly.

2. The Misused Verse in 1 Timothy

Timothy 2:11-15
Let a woman learn quietly with all submissiveness. I do not permit a woman to teach or to exercise authority over a man; rather, she is to remain quiet. For Adam was formed first, then Eve; and Adam was not deceived, but the woman was deceived and became a transgressor.

It’s clear in other writings from Paul that he affirmed women in leadership positions. So what is he saying in this passage? It’s likely he’s speaking about a type of order here as well. Paul references in other parts of his letters to Timothy to be careful of women who were immodest, slandering, and weak-willed. This passage is likely talking more about the character of the woman and the context for which she is speaking.

If we’re not careful, we can build a whole framework for ministry from one verse when taken out of context. But if you take the full work of God, from Genesis to Revelation, you see God has used His daughters for centuries to build His kingdom.

Why not be a celebrator of women, seeing their value and inviting them to the table?

Now is not the time to limit the workers, but rather encourage them to step into their giftings and callings to share the Gospel.

We are all part of the Body and when one hurts—or is marginalized—the whole Body suffers.

8 Ways Women Can Lead in the Church

Should the Church Allow Women to Be Pastors?

How Can We Reconcile Differing Opinions on the Role of Women in Church?

Brittany Rust has a passion to see people impacted by the truth of God’s Word and the power of His grace through writing, speaking, and podcasting. She is the founder of Truth and Grace Ministries, For the Mama Heart and Truth x Grace Women, and hosts the Truth x Grace Podcast. Her latest book, Here I Am, is now available everywhere books are sold. Brittany lives with her husband, Ryan, and son, Roman, in Castle Rock, Colorado. Learn more at www.brittanyrust.com.

This content first appeared on Crosswalk.com and is used here with permission. To view the original visit: https://www.crosswalk.com/church/pastors-or-leadership/is-the-bible-against-women-leading-in-church.html

A Prayer for the Teachers, Mamas, and Anyone Who Wants to Give Up - Your Daily Prayer - September 22