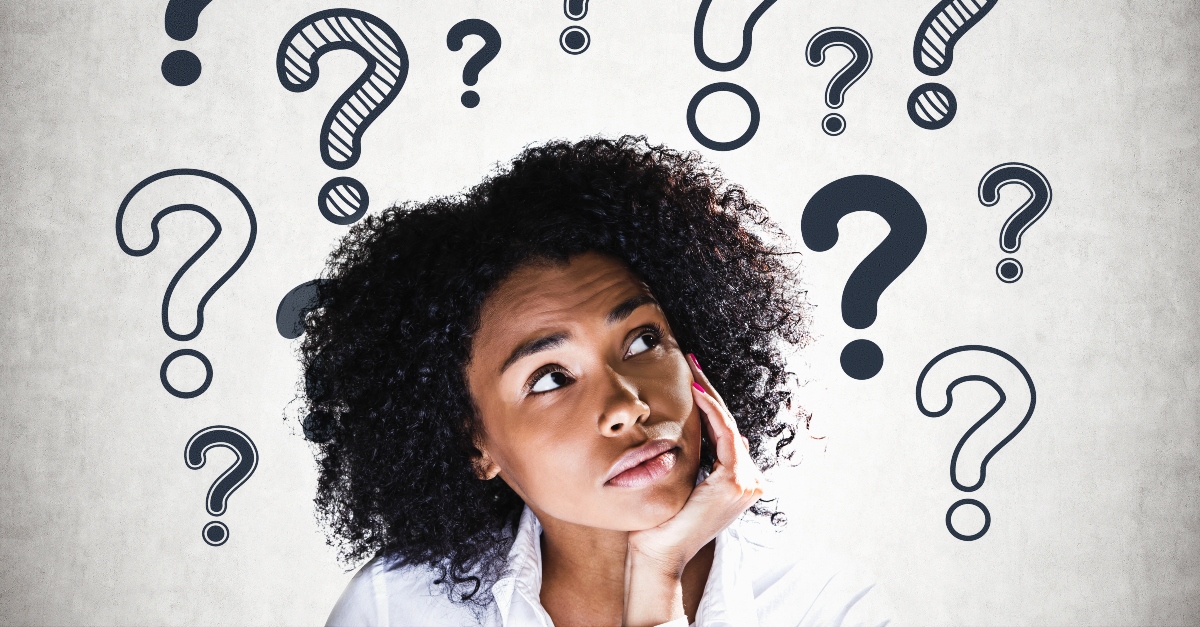 In a sweeping survey of thousands across 34 countries, the Pew Research Center wanted to discover whether people felt that you needed to believe in God in order to be moral.

The results varied depending on economic development, education, and age, with higher percentages in emerging economies holding to the importance of theism. But as a whole, a median of 45% say it is necessary to believe in God to be moral and have good values. 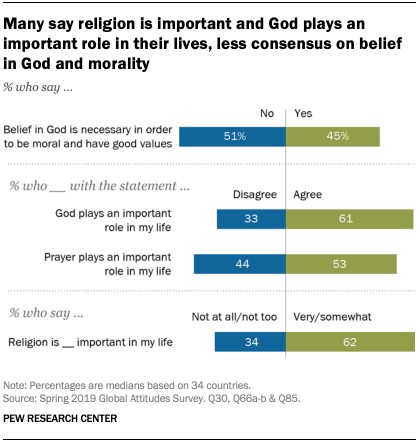 It should come as no surprise that the more a country or person is irreligious, the higher the percentage say it is not necessary to believe in God to be a moral person.

What should be alarming to those of us in the U.S. is that the 44% of Americans who say belief in God is not a prerequisite to be moral represents a 14 percentage-point jump from 2002 when only 30% embraced that idea. Among the 34 countries surveyed, the United States exhibited the largest decline in people feeling you need God to be moral.

But does linking belief in God to morality even matter?

If you believe that God is critical to morality, then you are saying that morality is not something determined, but rather discovered; that right or wrong, good or bad, true or false, is not subjective but objective. Such things exist outside of ourselves; they have not been resolved, they have been revealed.

And what becomes true for “us” becomes the moral standard for society at large and the means by which to declare other positions as immoral. The entire moral order of a culture can be turned entirely on its head. If you need evidence, look no further than homoerotic behavior being historically and universally condemned, to today when (in what amounts to a cultural nanosecond) people who condemn homoerotic behavior are considered the immoral ones.

Make no mistake—the “rise of the nones” carries enormous cultural implications, and makes the importance of the evangelization and transformation of culture through the centrality of the local church all the more pressing. Because the reason you need God to be good is simple:

You need God to know what good even is.

James Emery White is the founding and senior pastor of Mecklenburg Community Church in Charlotte, NC, and the ranked adjunct professor of theology and culture at Gordon-Conwell Theological Seminary, where he also served as their fourth president. His newest book, Christianity for People Who Aren’t Christians: Uncommon Answers to Common Questions, is now available on Amazon or at your favorite bookseller. To enjoy a free subscription to the Church & Culture blog, visit ChurchAndCulture.org, where you can view past blogs in our archive and read the latest church and culture news from around the world. Follow Dr. White on Twitter, Facebook and Instagram.

This content first appeared on Crosswalk.com and is used here with permission. To view the original visit: https://www.crosswalk.com/blogs/dr-james-emery-white/do-you-need-god-to-be-good.html

A Prayer to Raise Hopeful Kids - Your Daily Prayer - August 5